Some of the most famous people in show business hail from the great country of Canada. This includes many entertainers who have made it big from Canadian comedy clubs to some of the biggest shows in sketch comedy in America. There are few comics that have launched to super-stardom the way these guys have:

Jim Carrey Blossomed on In Living Color
Although the show In Living Color was only around a few years, most people who remember the nineties remember the show. It was the only sketch show to rival the ratings of Saturday Night Live. This is where where Jim Carrey first demonstrated is wide-range of physical comedic skills, and he become a household name. The show launched him into several major movies that were major box office hits, such as Ace Ventura and The Mask. In terms of pure financial success, there aren’t any other Canadian comics that have been paid 20 million and more for one film.

Mike Myers Transitioned Nicely From SNL
Similar to Jim Carrey, Mike Myers was able to launch from SNL into major movie roles. The main difference, however, is that his major career launchpad was based off of a sketch from SNL–Wayne’s World. The movie was one of the largest grossing, comedic films of the nineties, and it sent Mike Myers and his co-start, Dana Carvey, into a whole new realm of fame. Mike Myers was able to accomplish what many American SNL alumni did and launch a big movie career based on sketch-like characters that you’d find on shows like SNL. His financial success is similar to Jim Carrey’s. Even though he hasn’t had the big, single movie paychecks, his overall net worth exceeds Carrey’s by about 25 million.

Dan Ackroyd was a Pioneer of Sketch Comedy Success
For someone who was very religious at a young age and considered the Priesthood as a career, Dan Ackroyd’s success in comedy may be an unlikely story. He was one of the pioneers of SNL as one of the original members of the cast when the show launched. Like Myers, he successfully used his characters from the show, particularly The Coneheads, to make a mega box office movie. Ackroyd has enjoyed a lot of success in and out of comedy, having been the member of an award winning blues band and being nominated for an Oscar in a serious movie role. He’s spent a lot of time as a supporting actor, but he’s also had a great deal of financial success. 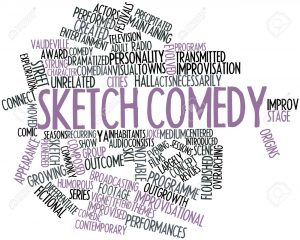 There are a lot of other very successful Canadian comedians, many of which have had a lot of movie and financial success, but few have had the impact of the above-mentioned comics, especially when coming up from a career that started on a sketch-comedy show.